Since the dear captain was so cooperative yesterday, he’s agreed to join us for today’s teaser. Enjoy.

She pounded on the cabin door. He could hear the timbers rattle with each beat of her fists against the wood. James cringed at the sound of something shattering against the wall in his cabin. He took another swig from the bottle of rum.

“Mr Smee, please inform our guest that she’ll be cleaning up her mess before she gets anything to eat.”

“As ye wish, Captain.” Mr Smee bustled past him and ducked into the galley before returning with two plates of food. After setting them both down, he turned and shouted through the door. “Captain says ye’ll have no supper til ye’ve cleaned up yer mess!”

“Tell your captain he can go to the devil!” She punctuated her opinion with what sounded like a kick to the door. “I shall be restored to port, post haste, or he will suffer the consequences!”

James rubbed the bridge of his nose. Taking her from the docks had been an impulsive decision. Not one he regretted, at least not yet. As of that moment, she proved to be a loud nuisance, but James Hook was not as daft as his fellow pirates believed. He’d recognized her the moment her bewitching eyes met his.

“Would ye like another drink, Captain?” Smee asked as he twisted his apron in his hands.

“That is all.” He waved away his second in command and pushed the food on his plate with the tip of his hook. His impetuosity had always proven to be an asset in the past. Why should he doubt himself now? Especially since he knew who the wench belonged to.

Silence hung in the air, thick and cloistering. James turned to look at the door and arched a brow. Had she finally decided to calm her rage?

Curiosity bested him as he stood and pulled the key from his pocket. Fitting it to the lock, he then turned the key and opened the door. At a glance, he saw her curled up beneath the blankets in his bed. James closed the door behind him and took a step toward her. The stillness in the room made him wary.

Crack. A blinding pain shot through his head, and he raised his hook to block another blow as he spun around. The wild eyed spinster stared at him, her lips pursed in a thin line, her face flushed red from exertion. The remnants of the tray from  breakfast lay shattered at their feet.

“Bloody hell, wench.” He growled as he reached for her.

She jumped out of his reach and lunged for the door. He beat her to it and pinned her between him and the solid wood. James grabbed a handful of her hair and pulled. The curls wrapped like silk around his hand. He pressed his weight against her.

“We’re in the middle of the bloody ocean. Where do ye plan on running to?”

The woman glared at him. “I knew it was a bad idea, coming to a pirate for help.”

“Aye that was a poor decision on yer part.”

She arched her brow and pressed her lips together, staring at him.

James groaned as she shifted beneath him. “A pirate ship is no place for ye, Princess.” Her eyes widened at the word. “Perhaps yer father would pay a decent ransom to have ye returned, untouched.”

Mmmmm…this story gets more and more interesting. What do you think is going on in that captain’s head? He’s quite delicious, isn’t he? 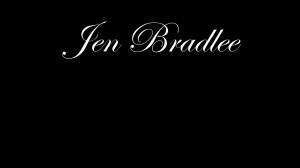 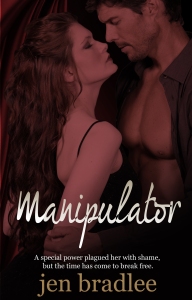 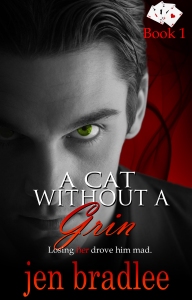